Upon arrival in Ndjamena meeting with local staff and transfer to hotel. Overnight.

Departure to the north – west with off-road vehicles. The path winds along the path of Bahr El Ghazal, ancient emissaries of Lake Chad. This with many other temporary streams are evidence of the ancient appearance of the area. Breeders with camels crowd the wells to quench their herds of camels, cows and goats. The trail continues up to the fantastic dunes of Djourab. The environment is virtually devoid of settlements, with the exception of some nomadic Arab who lives mainly of farming.

We arrive at the wonderful oasis of Faya, Borkou of capital – Ennedi – Tibesti, located on one of the directives that united rich fezzanesi city to the empires of Kanem and Bornou. It was conquered by the French in the early 900 and up to 60 years has been one of the richest and most fascinating Saharan oasis .

Visit the market that takes place in the main square of Faya. Continue northwards through Bembechè and coming to the Lakes dell’Ouniaga Khebir. The scenery is amazing: lakes surrounded by palm trees that sprout unexpected from the sand, rock formations of multicolored sandstone, yellow and orange dunes that slope down to the water. The most fascinating and unexpected Saharan landscape. The lakes take on colors ranging from blue to green to red (depending on the plankton present in them). They reside in numerous Bideyat and Ounias, typically nomadic populations.

Visit to the salt lake of Teguedei. The Teguedei saline represent one of the major areas, the supply of the precious mineral in the country. L ‘Eyo Demi, reddish sandstone formation, we report the village of Demi, made up of very few palms and poor dwellings on earth. This residential complex, located in an absolutely wild and inhospitable environment, lives sull’esiguo trading of the « red crystal salt », made from salt pans in the open air with a rudimentary mining method, which is then brought from the caravans, especially Tebu Ounias, in the southern oases and exchanged for food items subsistence (millet, sorghum).

We leave the Lake Ounianga then head south, crossing dunes and entering an area that saw fighting during the war with Libya – in some places the remnants of tanks and other military hardware can be found, slowly being reclaimed by the desert. The dune crossing can be tough in parts and we can expect to get out and push. Time permitting we may be able to stop at small oases en route, and we camp tonight on the outskirts of the Ennedi

DAY 8 Depression du Mourdi out towards the south.

The landscape becomes flatter and we enter into depression Mourdi, a huge stretch of sand that divides the Ennedi by reliefs of Erdi, full of very fine Neolithic finds, evidence of the presence of continuous and numerous settlements. The cave paintings and the remains are truly unique in its kind.

Continue in the direction of Bichigara by magnificent sandstone cathedrals. Continue to Fada. This village in the Sahara consists of bench houses (clay with vegetable binders beaten and dried) that surround the old French colonial fort is contained in the green oasis of date palms, with a small market and inhabited mainly by Tubu of Gadea clan. Its importance as a venue for the sub-prefecture, its colonial fort with a large garrison and armed sentries who guard the main square, make that it is strictly forbidden to photograph; everything for the benefit of a greater chance of being able to approach and exchange a few words in French with these populations usually very secretive. The oasis is a rare beauty, where time seems to stand still really, civilization as we know it is light years away from this place. Fada was occupied for seven years Libyan army when it invaded the northern Tchad; France later helped its former colony to expel the invaders. It is estimated that the Libyan army in its retreat has abandoned about the value of one billion dollars in military equipment. It ‘so easy to find in the twisted metal and charred tanks and missile launcher vehicles; scattered in the desert artillery grenades, helmets of the soldiers, roofs of cars and trucks, while thousands and thousands of shell casings to machine guns emerge from the sands

Departure from Fada and head to Archei and the first leg of the trip in the Ennedi chain. Now we are in a desert region, the southern borders Ennedi, inhabited by nomadic Tebu and ranchers nomadic Zaghawa. We enter into this massive following the direction of the wadi Archei, giant green riverbed with hydrographic direction North-East South-West, lined and bordered by a magnificent series of tassilian sandstone formations, taking extravagant forms of pinnacles, castles and cathedrals licked by winding strips of sand. The massive Ennedi is a huge sandstone plateau of about 1000 m in height formed between 500 and 300 mioni years ago. It covers about 60,000 square kilometers (the extension of Switzerland). The wadi which winds for about thirty kilometers, ends in a large verdant, rocky amphitheater set where the real gorges that lead to guelta, permanent water point where the Tebu and Bideyat nomads bring their herds to drink. Throat and guelta are a real natural monument; enclosed by high, vertical walls of reddish rock several hundred meters wide at the entrance, which shrink to about 20-30 meters at the point of permanent water. Fulcrum of life, the millennial guelta is the incredible location of the last living specimens of Saharan crocodiles, witness to ancient times and truly unique opportunity to admire the last witnesses of the ancient Saharan fauna.

Last visits to ArchEI and continuation to the impressive Arch of aloba. The landscape is really spectacular in this remote area. From Bachikele the view that opens your eyes tells of how this land is unique and unrepeatable. DAY 13 November 18, 2013 Bachikele – Tokou – Terkei out for the massive Tokou and namesake well, and then to the then so-called Elephant field for the characteristic arc. Trai towers and pinnacles reach Terkei, fantastic place of castles, rock towers and arches that serve as shelter to one of the sites of the most important cave paintings of this region, called the « running horses ».

leave Bachikele and Ennedi towards the village of Kalait which has become the most important regional market for the supply of food and fuel .

The territory begins to change along the track to the south. From the desert it passes the savannah, which becomes more lush gradually with each passing kilometer. We arrive in Abeche. Abéché is the fourth largest city of Chad and the capital of the Ouaddaï region. It was an ancient pre-Islamic center at the crossroads of caravan routes, for centuries was a thriving slave market. Since 1850 the city was capital of the Kingdom of Ouaddai until the French colonization.

We cross the beautiful and lively region of Guera, punctuated by its granite peaks and home to some of the most important markets of Chad. Stop in the village of Abtouyour, dominated by the homonymous granite peak, known as the mountain of the vultures. The view is truly spectacular. Continue to Mongo.Leave region of Guera in the direction of the capital. We arrive N’Djamena! transfer to the hotel ,room daily use opportunity for a shower and cold drink since leaving the city Transfer to airport

NOTE: in the program is not included days with fly to/from N’djamena 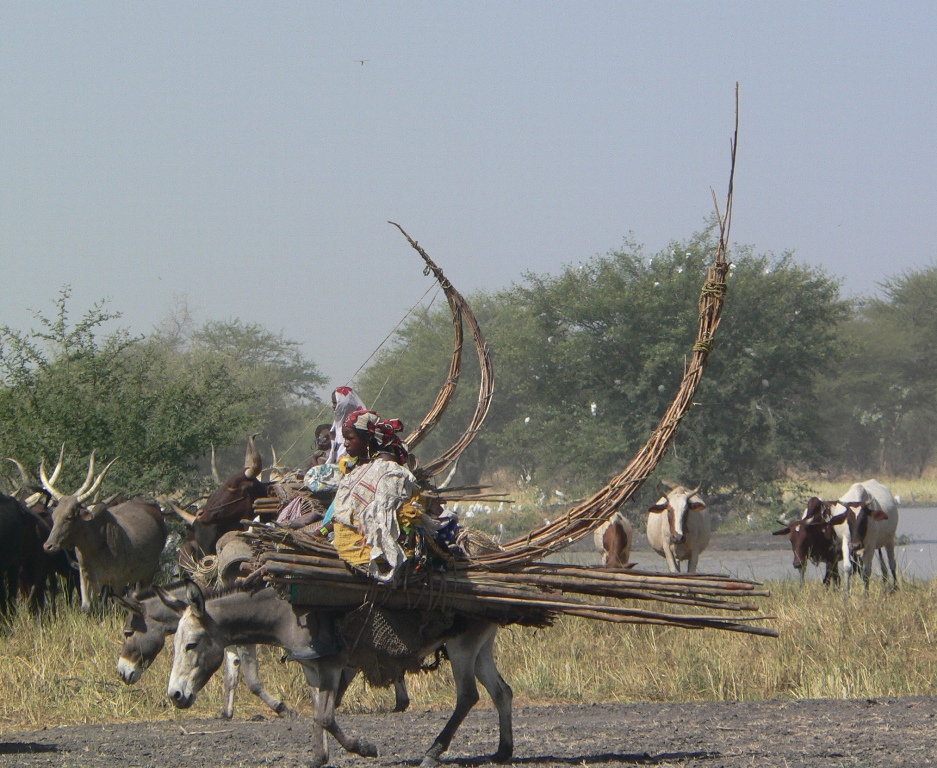